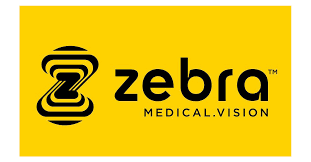 Zebra Medical – The Art of Fundraising

Raising Money One Way or Another

1
Both founders are repeat entrepreneurs in different ventures, who met in the program and were in the same Zell class
2
Second CEO, Elad Benjamin, was introduced to Eyal Gura by a Zell student
3
This case study is based on the Harvard Business School Case Study 9-619-094 published in 201
4

This case study is unique. It is based on the Harvard Case Study of Zebra Medical that was published in November 2018 (case number 9-619-094 ), the first HBS case study of a Zell venture. Eyal sat for an interview to discuss the case and his entrepreneurial journey generally with a plan to decipher the relevant nuggets for this book.93 Eyal sat with a view of the blue Mediterranean Sea behind him, deep in thought about the entrepreneurial journey of Zebra Medical and that of his own. Eyal had been brewing on this venture long before it was founded, and while he is not the company’s current CEO, it continues to take up his mental space and a considerable amount of his time. He has had the the board, and now as a board member active in pursuing business development leads and deals for the company.

Eyal has held various roles in different ventures and investment firms as well. He started his entrepreneurial endeavors while a student at IDC, when he and co- founders Guy Weltsch, Assaf Wand (also Zell classmates from Zell 1 – 2002), and Yair Greeenbaum, launched the student- led IDC Entrepreneurship Club (IEC). The first one of its kind in Israel, the club is still active after 19 years and after having enabled more and more students from all faculties to get a taste and feel for entrepreneurship.

After being part of the Zell Program, which was in its second year at the time, he and fellow Zellot from Zell 2 – 2003, Ofir Gutelzon, set out to create a venture in the the budding web industry, where photos were being used without license or credit, infringing on intellectual property rights of photographers. The idea was simple – scour the web, find illegal use of photos, and help photographers get credit for their works. PicScout was founded in December 2002, and developed image recognition technology and deep learning capabilities. The company was acquired by industry giant Getty Images in April 2011.94

Eyal, by that time, had moved beyond PicScout and spun off PicApp in 2008. PicApp served as a content syndication platform to blogs and new media publishers, offering both small and large publishers a full technological solution that could automatically turn every image on the publisher’s site into an engaging visual experience. The company raised $3.2 million dollars from Viola Ventures, and this company, too, was acquired, this time by Ybrant Digital in April 2011.95

Eyal had used his time in the U.S. for PicScout to complete his MBA. at the Wharton School of the University of Pennsylvania. During this time, he started angel investing, a passion of his to this day. The early-stage investments were made in numerous companies over the years, including in his wife Maya and brother Ron’s venture, The Gifts Project, where he was the first investor. The company, which was a social gift giving platform for group gifting on e-commerce sites, raised $1 million dollars and was acquired by eBay in September 2011.96 He is also the first cohort of investors in Ron’s new company called Empathy, which launched in April 2021 and has been funded to the tune of $13 million dollars by General Catalyst and Aleph.97

As a next step, on his return to Israel and after the sale of PicApp, he joined Pitango as a venture partner and continued to invest independently as well. His personal portfolio includes over 26 companies, including Taranis, an impact ag-tech venture, where he serves as a board member; Ubimo, another Zell alumni company founded by Oded Poncz, (Zell 2 – 2003), another Zell classmate of Eyal’s, where he served as a board member until its acquisition by Quotient in 2019;98 Formlabs, which was founded by a Zell 2 – 2003 classmate, Natan Linder; Argus and Talon Cyber Security founded by Zell alumnus Ofer Ben- Noon (Argus was acquired in 2017 by Continental)99 Medisafe, Taboola; and Appsflyer, where he joined as an early-stage investor.100

Over these years, Eyal made many professional connections and as his network grew, so did opportunities, such as being chosen as a Young Global Leader of the World Economic Forum in 2014, a connection that proved critical

for some of Zebra’s strategic partnerships and fundraising.101 In fact, connecting the dots backwards, there is much in his previous experience, his amassed connections, and his gathered learning that has informed his view of investing in Zebra and in general. According to Eyal, the major learning to be gleaned from the HBS case study is that the focus should be on product-market fit experiments and go-to-market strategy. Clearly, there are a lot of valid discussion points to be had from the data presented in the case study on that topic. For the purposes of this case study, the focus is on raising funds, and the particular experience of Zebra Medical in that vein as a microcosm of fundraising issues in general, and in particular, in Israel.

Self-funding is not common in Israel or abroad. It is usually more prevalent amongst second-time or serial entrepreneurs, and at least at the time of Zebra’s founding, it seemed to indicate a trend.102 For Eyal, it made no sense to raise money and build a team before he was able to secure the rare data access he needed to start building the platform and algorithm. After several successful ventures and consequent exits, he was able to take his time.103 In 2014, Zebra got access to the largest medical dataset that was ever enabled globally for an AI startup.104

Seed to Series A

After three years of self-funding, Zebra Medical raised a noteworthy Seed round of $8 million dollars led by Khosla Ventures, and joined by Deep Fork Capital, Salesforce’s CEO, Marc Benioff, and OurCrowd – all investor relations that Eyal had curated along his entrepreneurial and venture investor career.105 Notably, Khosla Ventures was the leading (and almost only) top-tier investor investing in the digital health space at the time. According to Eyal, the key consideration in Seed to Series A is finding investors that can help connect you to the next round of investment. For first time entrepreneurs, there is also a need for some operating experience, but second-timers and beyond should strive for angel investors or early- stage funds with lots of connections in the space the venture operates. “The more relevant connections, the better the investor,” as Eyal sees it.

He also notes that today, Pre-seed and Seed have replaced Series A in a sense. “Today’s Seed is yesterday's Series A,” he notes. If, in the past, Pre-seed and Seed rounds were characterized by funding in exchange for company ordinary shares, today, these rounds are often for Preferred Shares106 from the get-go. The pricing for these earlier rounds has also grown. The investment round with the first institutional money is pivotal for the company, according to Eyal, as it is usually the round after which a professional board of directors is established and the company’s organs begin to take a more mature form.

In May of 2016, Zebra Medical secured a meaningful strategic investment from Intermountain Healthcare, with Dolby Ventures, Nvidia, and existing investors joining the round.107 Adding a strategic investor was critical for Zebra Medical, as though it had a wealth of data access from Clalit, Israel's leading healthcare maintenance organization (HMO) and health insurance providers getting data from a U.S. source increased the diversity and breadth of data, and importantly, being able to run trials at Intermountain’s hospitals was a meaningful step in the validation process. In highly-regulated spaces, a minimum viable product is not very minimal, and is only viable if an industry player is willing to commit. Series B is a classic time for a venture to introduce a strategic partner and series to expand.

Series C to the Moon

In June of 2018, two years after the strategic investment round, and now with FDA-approved algorithms and some traction, Zebra Medical raised $30 million dollars led by aMoon Fund, a leading science technology fund in Israel. aMoon was joined by additional institutional investors, including Johnson & Johnson, as well as by additional individual investors who are considered to be thought leaders in the AI space, such as ImageNet creator Professor Fei Lee, Stanford AI leader Richard Socher, and known Israeli AI leader Professor Amnon Shaashua.

All in, Zebra Medical raised $52 million dollars in equity and some more in non-dilutive government and healthcare grants over an arguably long and winding road to product-market fit, in an industry that is both heavily-regulated and highly- competitive. Zebra was out there almost on its own when it started, and as a result needed to build out many of the underlying tools it would need (like a tagging platform or a de-identification platform), which required a large investment of capital. Now, the company is most certainly not alone, and needs the money to grow its client base.

Some Musings from the Fundraising Journey

Asked to summarize some thoughts on early-stage venturing and tips for young entrepreneurs, Eyal shared the following:

- Product-Market Fit is the holy grail, and should be the focus of the founders – the money is needed for this at the onset

- Taking too much money has its drawbacks; it tends to mitigate focus

- A focus on the key driver for future growth of the company is critical; it's a fine balance between exploring opportunities and staying the course without losing focus - Becoming a thought leader in your industry is key and it requires the CEO to be in the front

- Remove various “double dipping “ and unnecessary liquidation preferences for shares, as these always affect the next investor coming in, and the next one after that

- For more information that covers team building, initial traction, and the underlying technology, refer to the HBS Case Study.