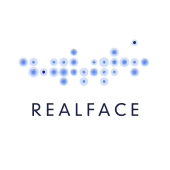 Iterations, Pivots, and Everything in Between

Before it was RealFace, the company was actually called Pickeez, which was an automated photo selection application. With a degree in Computer Science from IDC Herzliya, an MBA from Columbia University, and several years of working for Syneron, a medical device company, and at Procter and Gamble in brand management, Adi Eckhouse became quite the specialist in marketing hardware products. By her profile, she was as prepared as anyone can be to launch a technology company, but as she details her experience from beginning to end, it’s clear that the road to acquisition was not without its hurdles.

Adi tells her story from an apartment in New York City, amid the COVID-19 Pandemic and carrying in her arms baby number four – quite a handful. Yet, as she speaks about Pickeez, later turned RealFace, her tone is light, almost humorous, as though she’s reminiscing about childhood memories with an old friend.

Her idea for Pickeez, which was the not-so- natural springboard for RealFace, came from her observation while working with models and selecting photos. She noticed that people mainly determine their liking of a picture according to how they look in it. She suggested that people may be narcissistic when choosing photos: for example, in a group shot, the first instinct is to find yourself and check how you look, only then observing the appearances of the rest of the group.

She then took her observation a step further offering models as an example, i.e. professional models prefer to be photographed posing with their “best side.” With that in mind, Adi thought through an algorithm that could learn how an individual likes to see his or herself in photos. The app would then filter the best photo options from a user’s album on a mobile device or in social media profiles. In 2013, Adi wrote a patent for the technology and left the idea on the backburner. It wasn’t until 2014 that the idea came to fruition. Always a keen observer of trends and an entrepreneur at heart, Adi nurtured many ideas in her mind, but this was one that would take something more to get off the ground.

Finding Her Other Half

As Adi shares the details leading up to RealFace’s acquisition in 2017, she takes a moment's pause, and with a bolder tone, notes, “One of the most important learnings I had is that the partner you choose, your co-founder, is almost as important as your partner in life, and in many ways can define the success of your company.” When starting RealFace, Adi admits that fear of failure had been a constant companion. She had a comfortable job and the risk of failure kept her from taking the necessary first step towards starting the company on her own. Adi often spoke about her idea with Aviv Madar, her best friend’s husband, and an experienced project manager by profession. Aviv believed in Adi and in her idea so much that he was willing to quit his job and begin the company with her. For Adi, this was the external validation she sought from someone she trusted, and it’s what gave her the strength to begin.

Deciding on a co-founder is a pinnacle moment when starting a company, according to Adi. She emphasizes the importance of choosing someone with different skills but similar values. "While sitting in a coffee shop working on business decks or algorithms, the relationship between two new co-founders can seem fine. However, down the road when two partners may be negotiating with a company like Apple, an aligned value system makes all the difference". Is one co-founder in it for the exit payout, while the other is focused on creating global impact? There are also the smaller but equally important decisions, such as how to find employees, at what point founders should take a salary, budget allocation, and many others that collectively define a company’s growth and culture.

This doesn’t mean that co-founders always have to agree on every detail, but the comfort to debate solutions freely is a necessary value in and of itself. Adi stresses the advantages of establishing a partnership where values are aligned, as it will pave a much smoother path to success. “It can build or break a company,” said Adi. “I was very lucky to have a good co-founder, we're still very good friends. We survived an exit.”

According to Adi, hiring your first employees is surreal. These team members act as a foundation, whereby their leadership skills and personality will draw in the next wave of employees. Adi was keen to find the right developers that would give their company a technological edge. “If you want to create something that's innovative, you need those people that are hard to get,” said Adi. “But the most important thing is getting the first one, then they bring their whole entourage.”

For RealFace, that was Gidi Littwin. After raising a Seed round, Adi and Aviv made their first hire, Gidi, an algorithm developer who later became their CTO and Co-Founder. He was brave and innovative, he really believed in the idea, and luckily, he knew similar talent. He brought more developers into the project, thus, forming the entire team for the next three years through RealFace’s acquisition. But yet again, the road was not without its hardships.

Those Who Pivot Together Exit Together

With the seed money Adi raised, the team built the Pickeez prototype, which they launched to friends and family. They received feedback and got a better grasp of the app's potential in the market, but they simply didn’t have the cash for a more widespread consumer launch. Money was running low, and it was clear that Adi and Aviv would need to raise another round in order to put real marketing behind the business. Then the friction began. As an Israeli-based business- to-consumer (B2C) technology startup, Adi and Aviv found themselves in a series of dead-ends. The trail to funding consumer products is quite short in Israel, and was especially so in 2014. Adi quickly understood that while Israel is a technology capital, local investors were more comfortable investing in business-to-business (B2B) products, and foreign investors were less inclined to invest in a consumer product located abroad. Adi struggled to raise the $1.5 million dollars they needed to commercially launch, and time was not on their side. Something had to change, and fast.

It was then that Adi and Aviv decided to call a time-out with the team. They paused for a few days to brainstorm how Pickeez would pivot. Their goal was to compile the company’s strengths, what technology they already had, and how it could be used to define a new direction that could be a more convincing story for fundraising.

Collectively, they chose to focus on facial recognition as an authentication method using smartphone cameras. Considering they already had strong technology, their goal would be to validate this method and build the needed product to launch in the market. “I think not saying as a CEO, ‘Oh this is what you need to do,’ and instead, all of us making that decision together, made for a very good pivoting experience,” Adi said.

They went back into the office with a new focus and a new business name, RealFace, and got to work. Tasks like changing the logo, creating a new investor deck, and building a new development plan began. The change happened quickly, and potential investors responded accordingly.

As some term sheets came in, Adi knew they were on the right path. It’s not that their business was so easy to understand now, it just stopped being so hard to tell the consumer story and focus on the tech. It was 2015 and Adi sat with investors, convincing them that facial recognition would be the future, while passionately explaining the true technological value of RealFace. As the funding came in, the RealFace team was laser- focused on development.

Adi wasn’t thinking about exiting, especially not through acquisition by a major tech company like Google or Apple. The funding got them through the launch of their MVP and into the hands of initial users. On Feb 2, 2017, only two years after launching their MVP, RealFace was acquired by Apple. As Adi is still legally limited in what she can share about the acquisition, we will have to take the ending for what it was.