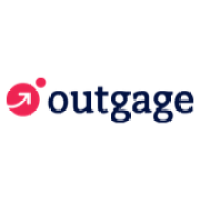 Outgage – From Idea to Pivot

Iterations, Pivots, and Everything in Between

1
The second pivot involved specifically targeting marketing teams with a direct mail and measurements solution
2
Customers see over 35% engagement from their direct mail campaigns. This represents he amount of people who received the direct mail piece and took action online because of it. The average direct mail engagement without Outgage is 4-7%, and the average email campaign engagement is 2.5%
3
Customers include Zendesk, Salesforce, Google, AOL, and AutoDesk
4

The Crossroads Between Offline and Online

When Mika Kayt first spotted the crossroads between offline and online communication, she identified large gaps that she sought to fill. The big question she asked herself was how people can collaborate and work together in both the physical and online worlds. It was back in 2013 while working on her Zell Program project that Mika first explored a solution; she created Farmbo, a vegetable gardening kit with an online network, so that families could connect and help each other grow their gardens. While the business concept didn’t make it past the campus, Mika remained focused with a drive to merge offline and online activity.

While still living in Israel, Mika watched the rise of DIY YouTube stars and bloggers, as well as the Pinterest and Etsy platforms. Through chance meetings, she connected with a DIY blogger from Israel with a large following, and learned that while viewers were interested in instructional videos and articles, they had to manually seek out every item required for the creation of the projects in order to properly follow along. This is the gap Mika decided she’d try to close. With the hopes of improving engagement, she started to create custom kits that bloggers and YouTube stars could sell to their followers. And so it began, Mika partnered with a DIY blogger and her co-founder turned CTO, and they created Take ‘n Make in 2013, with initial funding by UpWest Labs.70

In year one, Take ‘n Make grew their business- to-business-to-consumer (B2B2C) customer base, but found themselves overworked and underpaid. It turned out that creating custom DIY kits for the end consumers brought in more expenses than it did revenue, costing both Mika and her small team time and money -- as a startup, two things which were in little supply. The problem was really in their inability to predict what each blogger and YouTube star would need to include in their kits and how many they would be able to sell for each instructional video or article. When each online project requires unique supplies, it costs too much time and money to create a kit, especially when ultimately selling less than 50 kits per project, if that. “With low funds, it became difficult to address the specific needs of each small business (oftentimes our Youtube stars were teenagers). This made it very difficult to scale,” said Mika.

The concept from paper to reality didn’t match the outcome she had expected, yet she was sure there was still an opportunity here. That’s when Mika got an offer from AOL asking Take ‘n Make to help them create 400 gifts for an event they were hosting. Initially, she dismissed the offer, as corporate gifting was not aligned with their business model. However, on second thought, she realized she needed the revenue and was keen to understand if shifting from B2B2C to just B2B might make operations run smoother and expenses balance out. Unwittingly, the project was a success.

Exploring further into the B2B customer base, Outgage acquired a new customer. Apostad was a direct seller in Silicon Valley and it wanted the B2B solution Outgage was exploring. It was here that Take ‘n Make began to change direction. While finding a new and different potential marker for success is exciting, pivoting is not without its hardships. From 2015 to 2016, Take ‘n Make experienced internal struggles, from trying out both B2B and B2B2C concepts simultaneously and burning out resources, to disagreement among the team on the company’s direction. “We weren’t working together well and in hard times it’s very easy to find that out. I understood that if we continued to struggle like this, and strategize and play around with ideation once funded, we would eventually pretty much be killing the company and wasting everybody’s time and money,” said Mika. By 2016, tough decisions were made -- the founders split up, and with help from investors, Mika replaced her CTO, after which they began to work solely on the B2B concept. Pivot 1 was complete, and as it turned out, the gifting sector for businesses was a much more lucrative market.

The New (and Some Old) Team

Mika remained CEO, kept her original investors, brought on a new CTO, and leaned out her team to include only a Customer Success Manager, a Head of Operations, and a part-time Operations Assistant. “It’s important to find those key players in whom you have the faith and understanding that they will stick with you. It’s hard to find this out right off the bat,”saiMika,describing key lesson during her first pivot period.

With a small but dedicated team, Take ‘n Make relaunched into the B2B space, acquiring customers from all types of internal teams within businesses. Anything from executive assistants to HR teams, to marketing, operations, creative teams, you name it. However, this again proved challenging... each internal team measured the success of their gifting campaign differently, and thus required different things from Take ‘n Make. Without scalability and with such a small team, they would not have the resources or bandwidth to grow. Mika found herself again trying to stay afloat and unsure of how to best simplify operations.

That is, until Take ‘n Make took on a campaign with Airbnb's marketing team. In 2016, in collaboration with Disney,71 Airbnb gave out 300 creative kits to those that came to the premier of the Jungle Book movie. The kits included a 3D wooden puzzle, which once solved, was a replica of a treehouse on Airbnb’s website -- they had recently launched renting treehouses as a new product line and were seeking salesconversionforthenewproduct.WhatMikafound most alluring was not the puzzle gift itself, but rather the postcard with a QR code that came with it. While Take ‘n Make helped streamline the operations of this campaign, their biggest win was learning about how Airbnb measured their physical campaign's success. The QR code on the postcard led the target audience to a specific landing page they had created on their website that promoted renting a treehouse. The tracking element was key.

In 2017, Take ‘n Make embarked on its second pivot: working solely with marketing teams in businesses on direct mail solutions. At this point, Take ‘n Make changed its name to Outgage, and used its remaining funds to target the specific direct mail marketing niche. Ultimately, they created an online platform for their customers to track their campaigns from shipment to engagement and conversion, and they haven’t looked back since. “We could have found a reason to close the company 100 times by now, but we are powering through. Our solution is a leading solution in our market right now,” said Mika.

2. Headquartered in Colorado with an R&Dteam in Israel

1. How do you know it's time to pivot as opposed to staying the course? 2. What made the move from B2B2C to B2B so meaningful?

3. What was Mika’s initial driving vision, and did she remain true to that vision despite her 2 pivots?

4. How is the company structure / equity / team, etc. impacted during a founder split? How might Outgage’s investors have helped Mika in this situation?

5. What are the benefits of a company having headquarters in the US and R&D in Israel? What are the challenges?