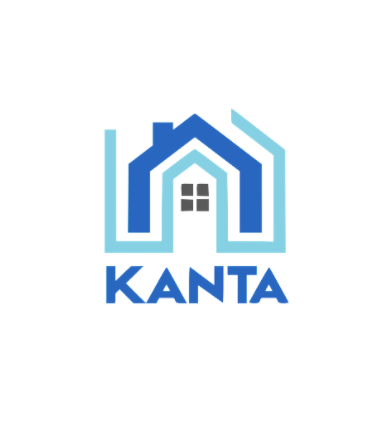 How to Validate Your Assumptions

1
It has served over 200 customers since Kanta started.
2
To this day Kanta saved $45,000 for customers that came to refinance their mortgage.
3
They bootstrapped since day one, and have been profitable since their fourth month.
4
First place as a mortgage service provider according to the Israeli “Midrag” website.2

Michael Levy, a computer science graduate, purchased an apartment with his brother in 2017 for investment purposes. During this time, he encountered difficulties and bureaucratic issues in the process of buying and comparing mortgage prices between banks. HThe next year, in 2018,  Levy partnered with his three co-founders in the Zell program and began researching crypto, blockchain, and mortgage comparisons in different countries around the world.

The team disbanded by the end of that year, but Michael’s determination and passion for the industry remained vigilant. Not too long after, he brought on his childhood friend Ori Soffer, whose experience and skill set in the real estate world, primarily as a sales agent for an international real estate agency, REMAX made him an optimal partner.It was convenient timing, as Ori found himself at a crossroads looking for his next opportunity, and their partnership arose naturally. Ori dedicated himself to the operational side of things, focusing on sales and people-related work, while Michael focused on the technological and marketing aspects.

Focusing on the Local Market

Michael and Ori researched mortgage consulting for months in different countries including Australia, Germany, and the United States. They became aware of the existing solutions abroad and understood there was still a gap in mortgage price comparisons in Israel. They assumed that Fintech solutions were not coming to Israel as the market was too small and there were many bureaucratic barriers, posing a big challenge. Taking this into account, they understood that they have a big advantage over their competitors regarding the Israeli market and it can be a significant differentiator.

As is the case with most modern day startups, they assumed technology would be an integral part of the service. Michael, a former programmer, optimized automated processes to ensure minimal human contact and external intervention during the consulting and acquisition process.

Michael and Ori were quickly disillusioned when they discovered high dropoff rates after the consulting process, which happened just before the contracts were supposed to be signed. From client  interviews and feedback they learned that Israelis actually feared an only automated system and prefer to deal with a real person.  Michael and Ori understood that the cause was  more of a psychological barrier, rather than an aversion to technology.

The mentality at Kanta changed as a result of these findings, and a human component was added to the process as a complimentary factor to the automation process, which encouraged a spike in new customers.

Kanta’s shift concerning the human element in the automation process also led  them to acquire their first significant customer. The team developed an algorithm that showed the feasibility of improving mortgage terms and valuation in just one click. This is usually done manually by a mortgage advisor. Using this algorithm, Kanta understood that they can scale their product in Israel as well as adding highly valued benefits to their clients. For instance, they saved their first customer over 280,000 NIS, which gave them confidence in the further development of their solution, while at the same time positively impacting their perception and approach to potential future clients.

Having said that and taking into mind the tech aspect, Michael and Ori kept putting their emphasis on creating an extraordinary and personalized service. “Technology is an enabler in this field, but the customer experience is what really matters. Technology only comes to help make it possible to run on scale, but bottom line excellent service is what matters most,” Michael said.

The Sucker Index1 - A Match With Their Target Audience

While the company had customers, the founders understood that they needed to target clients who derive more value from Kanta’s features, thereby paying more for their service. Until that point, their potential clients had already maximized their mortgage costs without needing to use Kanta’s solution,  meaning these customers weren’t paying the maximum price Kanta had to offer. They needed to find a fast and scalable way to bring more revenue driving  customers into the sales funnel.

Michael and Ori heard about an Australian technique called the “Sucker” Index. Essentially, this index created a preliminary process for targeted potential customers and showed them if they were “suckers” regarding their mortgage fees. The team decided to implement this concept, and only those that hadn't maximized their fees were asked to leave their details and a Kantaconsultant would get back to them.

Their goal was to understand the mindset of their target audience. Most people, especially Israelis, don’t like to feel that they are paying more than they have to, nor do they like feeling as though they’re a sales target. This index gave them a feeling of objectivity, as opposed to a salesman that would target them through a Facebook mortgage group.

Michael pointed out the importance of creating a community in order to expand their potential customer reach.

For instance, mortgage fees aren’t usually a recurring payment. “Most people don’t refinance their mortgage fees since they don’t have the data,” Michael said. So Kanta took it upon themselves to present the data to their customers, thereby creating another revenue stream. Once every quarter they automatically give their customers their mortgage status, the value of their property, and if there are any additional potential savings they can make.

Michael elaborated on two other ways to keep building and growing a community.