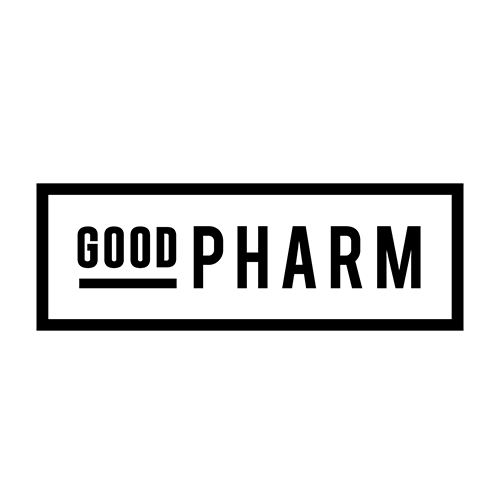 Good Pharm – Lean to the Core; Boostrapping to Exit

1
The first store opened on King George Street in Tel Aviv in 2016
2
410 employees and 29 stores in operation in Israel by the end of 2020
3
First investor was the Grass family, who founded Rite Aid, which was partly acquired by Walgreens in 201
4

It All Started with Sunblock

Inspiration can come from anywhere. For Adam Friedler, it came from selling sunblock in vending machines on beaches and in parks all over Israel back in 2009. While studying in the Zell Program, Adam began a collaboration with Super-Pharm74 whereby they provided advertisements as well as the actual sunscreen product for his specialized vending machines.75 This was Adam’s first dabble in the retail space and from where the connection to the pharmacy industry initially came. It was also the first time Adam sold a product for 10 shekels, a model that would later influence Good Pharm.

The business was successful, so much so that Adam delved deeper into the details of the production cost of Super-Pharm’s sunscreen. He learned that it was actually quite inexpensive to create but sold for several times the amount. Moreover, Adam had had his own personal experience purchasing a pill cutter for a special medication he needed to take that was only sold in large doses. This pill cutter, like the sunscreen, was sold at a much higher price compared to its production cost. “What was the justification for this price gap?” Adam wondered. His findings would become the core business problem that Good Pharm solves today.

Good Pharm is a retail drugstore that was born out of Adam’s determination to provide fair prices for quality products in Israel. Today, Good Pharm sells a variety of items, stretching from household cleaning products to cosmetics – everything short of prescription medications. Similar to the likes of CVS or Walgreens in the United States, Super- Pharm is ubiquitous in Israel with over 250 stores countrywide.76 Being the most popular retail drugstore in the country, Adam sought to disrupt the drugstore empire by opening a competing brand that would sell many of the same products but at slashed prices.

In order to accomplish this goal, Adam searched for importers that would provide cheaper wholesale prices for well-known international brands, which in turn he would retail at a fraction of the price found at Super-Pharm. While conceptually this made a lot of sense, in reality, it proved quite difficult to execute. As it turned out, before 2016, there were really only four official importers representing every major brand in Israel, and as a result of their market leverage, they were expensive.

“In any market where there is only one player, the prices are high. What brings prices down is competition, but in Israel, there was no competition,” Adam said. “If you have a brand, and you are the only one who sells this brand, and you comprise 65% of the market, high prices become the norm.” To combat the price surge, Adam created a new way to drive prices down and create some healthy competition.

Since Israel was short on importers, Adam searched outside its borders. He built a parallel importing procedure whereby he would purchase the same product (e.g. toothpaste) sold by the importer in Israel, but from a distributor in Poland, and then Adam would take care of importing the goods himself. “Our buying became much better than our competitor. This enabled us to bring our prices down,” Adam said. Through this tactic, Good Pharm was able to sell a variety of drugstore products at 30% to 40% lower prices than those of its competition. This creative workaround created significant savings for Good Pharm customers. Thank goodness for overpriced sunblock.

A Lean Startup on Steroids

While parallel importing made Good Pharm a feasible business plan, it wasn’t the only mechanism driving their product prices down. Adam realized this workaround was ultimately time stamped, so he focused on three more lean strategies that he embedded into Good Pharm’s DNA:

- None of Good Pharm’s budget is allocated to marketing

- Good Pharm only sells the most popular products, not necessarily a variety of that product, e.g. instead of soaps in multiple scents, it only carries the scent that sells the most.

By the summer of 2016, Adam and his co-founders opened the first Good Pharm location on King George Street in Tel Aviv, a popular street known for its foot traffic.77 However, the week before the opening, Adam was contacted by a leading news channel in Israel, Channel 13, to feature Good Pharm as a more economical drugstore alternative. They aired the 20-minute feature during prime time the night before Adam launched. To his astonishment, this brought herds of shoppers on opening day who cleaned out the shelves. “If I show you the business plan with the numbers we thought would be accurate for the first store, we were 10 times these numbers, Adam said. “We did, in one day, what we thought we were going to be able to do in a week or more.”

For Adam and his team, the marketing is all in the product. The logic behind the lack of marketing and advertising efforts, from their launch through their current expansion, comes from their belief that every consumer wants a good deal. According to Adam’s logic, once a customer experienced shopping at Good Pharm and felt the significant savings, he or she would naturally want to recommend Good Pharm to his or her family and friends. This alone satisfied Adam’s marketing efforts and budget allocation (or lack thereof). He assumed that the product value would slowly but organically grow Good Pharm’s customer base. Word of mouth, coupled with this timely news feature for their opening date, validated Good Pharm’s concept and customer growth... and then some.

Adam and his team quickly realized they weren’t prepared for the type of success that had just hit them. Upon opening its doors, Good Pharm sold 6,000 items a day but struggled to keep operations afloat. In order to meet the unexpected demand, they needed to reevaluate their entire operating system, starting with their merchandise. Originally, Adam planned to have suppliers restock their shelves twice a week, but at the current rate of sales, what they actually needed was to restock twice a day. In order to facilitate restocking, they rented a cheap warehouse outside of Tel Aviv where they loaded up on inventory.

From this point, they were able to deliver products daily to the store, keeping the shelves full and the sales ongoing. After smoothing out operations and getting a handle on the sales volume, Adam and his co-founders entered growth mode and began opening a new Good Pharm every six weeks. Even with such a high level of demand, Adam was determined to stay lean, upholding one of the company’s core values. By the end of 2020, Good Pharm had 29 operating locations, all in buildings with low rent costs and on streets with high foot traffic.

With so much expansion, Adam and his co- founder still maintain a relatively small headcount of 410 employees, from operations to higher management. Sticking to the bootstrapping mentality, they barely hire secretaries or any roles that aren’t absolutely necessary for Good Pharm’s health and growth. Four years and over 200 million shekels in revenue later, Good Pharm doesn’t spend its earnings on fancy offices or lavish warehouses. Every shekel spent is one more that has to be added to the customer value. In order to retain customer value, Adam continues to scale Good Pharm with tight budgets and humility. Rami Levy acquired a controlling interest in Good Pharm in May of 2018 for 16 million NIS.78 Good Pharm is looking to IPO in August 2021. Recently, it announced plans to expand into the cannabis industry, launching with a public company in June of 2021.79 The company has also already expanded into the eyewear industry, where customers can duplicate lenses for both eyeglasses and sunglasses.

Startup Jargon 101: Cashflow
David Benzimra, Co-Founder and COO of WeSki, defines Cashflow and how he applies it to his business
B2C, Finance, Video