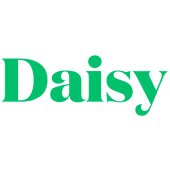 Problem Discovery and the Ideation Process

1
Raised a Seed round of $4.5 million dollar
2
Based in New York and Tel Aviv
3
New York will be the first market in which Daisy will be available
4

Forget Ideas! Focus on the Market
Flipping the Traditional Pitch Deck on Its Head (Venture Creation Hacks)
Raising a First Round

Forget Ideas! Focus on the Market

“Research is the distance between an idea and its realization,” said David Sarnoff, an American broadcasting pioneer.20

Ideas can come about in a myriad of ways. Oftentimes, they’re solutions to problems felt from personal experiences, or sometimes they’re not even solving new problems, but rather enhancing existing solutions. For Yotam Cohen, the idea for Daisy came from a personal need. Like many Israelis, Yotam had a great relationship with his next-door neighbors. They always felt comfortable asking one another for things, from sharing Wi-Fi to splitting delivery costs. However, when Yotam and his family moved to a different building, that neighborly connection fell by the wayside. Although Yotam upgraded his apartment size and even got his own parking spot (a tough pursuit in a city like Tel Aviv), he and his family missed the homey feeling from their previous building. “It felt wrong seeing as we all live under the same roof and have similar interests,” said Yotam. Soon after his move, he joined the building’s board and was shocked to learn how the property management company was running the building. Not only did they work inefficiently, but they also didn’t focus on the daily life of all of the people living and working in the building. It was then that Yotam decided to set out to disrupt the property management industry.

It was clearly an ambitious (and undefined) endeavor, but he knew just where to start – research, research, and more research. “You have some sort of idea of what you want to build. Now take that idea put it in a drawer, and focus on just researching and learning,” said Yotam when describing how he began to validate business ideas in his pursuit of a new venture. “Put on the learning hat and go out and learn the market really well.” And that’s exactly what Yotam did.

He got into the weeds of the way buildings are being managed today, speaking to just about anyone who would give him the time of day; from residents to doormen, to handymen, to entrepreneurs from the industry, he met with anyone who had some touchpoint in the field. Looking back, he recalls speaking to about 500 people, interviewing over 50 building board members, and traveling to New York City on four different occasions to learn about how the industry operated there.

Through all of his interviews, reading, and coffee dates, two realities were clear to Yotam:

1. The property management industry blatantly ignored their customers and provided them with poor experiences.

2. There was huge potential to impact people where they live. If all of the various people associated with a given residential building collaborated as one entity, everybody could derive a lot of value from it.

Nonetheless, Yotam didn’t jump immediately to the solution and the creation of a product; instead, he continued to learn about the industry until he felt that he was an expert in the field. “This is something that people really miss. I think that you really need to understand your business customer, understand who you're going to focus on, what their day-to-day looks like, and why you're going to be relevant to them,” said Yotam. “This is the most important thing. It will also be the thing that will help you to actually achieve product-market fit.” He has often seen entrepreneurs do the opposite – starting by building a product, and then trying to find a market that will use it – but on this second start up, he was determined to do it in what he felt was the right way.21

Yotam spent six months reading, learning, and talking to an array of industry experts and residents alike, until he felt that he had enough knowledge to define the business friction points that he would aim to reduce. “You need to get to a point where experts from the industry cannot surprise you with a new competitor, or a term you don't know.” Yotam knew that he needed to build a strong team that would be able to run fast with him, and he interviewed a lot of potential co-founders until he was finally able to convince Nir Hemed, a friend who was part of a naval officers’ course with him 20 years back, to join. And so Daisy was created, a new type of property management service that is empowered by technology to create an amazing living experience for residents.

For Yotam, creating a pitch deck is a great exercise to understand what he doesn’t yet know, such as the knowledge gaps and missing due diligence of an industry and project into which he’s looking. The Daisy deck was less for investors and more for himself, as he built it in parallel to conducting his thorough analysis of the property management industry. Yotam had a working deck with him throughout his year-long market research. He used it as a way to constantly redefine his business model assumptions and test out his understanding of the ins and outs of managing a residential building.

Daisy would be Cohen’s second venture, and he chose to structure his business deck a little differently this time around. The advice often given when building a deck for investors is to state the problem and the business solution within the first few slides.22 Yotam did no such thing for his Daisy deck. Instead, he delved into the pains and problems of the property management market for the first seven slides, going so far as to provide quotes from many of his interviews during his market research. “I think that if the investor buys into the problem, then it’s much easier to talk about the solution,” said Yotam.

It is important to note that by the founding of Daisy, Yotam already had one successful business under his belt, having previously raised more than $30 million dollars over various rounds for the company he co-founded with Zohar Dayan (Zell 9 – 2010) called Wibbitz, which was founded in the Zell Program (Zell 9).

As a second-time founder, the path is starkly different than that of a first-time entrepreneur: Yotam had already proven that he could execute an idea, something investors seek and can’t be certain of from first-time entrepreneurs. “An investor met me during the process of raising this round [Daisy’s Seed round] and asked me if we had an app already working that I could show him. I asked him, ‘Why do you need me to show you the app? That's the easy part,’” said Yotam. “It's not about knowing how to build, it's about building the right product, it's about finding a really interesting market, finding the opportunity. They agreed, but again, this is a privilege I can tap into the second time around.” Moreover, when the venture is tech-enabled, rather than based on deep technology, there is less of a need to show a working product.

Raising a First Round

This wasn’t Yotam’s first startup, and he approached Daisy’s first fundraising process quite differently than he did the raise for his first venture, Wibbitz. This time around he approached investors wanting more than just funding – he sought a partner that would be with him for the long run and help him think strategically. Yotam began conversations pretty early on in his research, choosing five investors that he felt could be a fit, and meeting them frequently to keep them updated on his learnings and ideas. For him, this part of the process was fundamentally about building together, and he remained open to their feedback and direction. The first investment for Daisy actually came around faster than he had expected because two of the five investors he had been in touch with started pushing towards funding. He had considered both of them to be great finalists to lead the round, but ultimately, he chose Michael Eisenberg from Aleph with participation from a few value-add investors, including Shai Wininger, who co-founded Lemonade and Fiverr. Yotam and Nir closed the round of $4.5 million dollars in January 2020.23

A Seed round is just as much of an opportunity to prove a concept as it is a commitment. This is something Yotam learned from his experience in Wibbitz. The first time he started a company and began fundraising, he hadn’t understood the level of commitment he would be undertaking. At the time, he was just trying to get from one milestone to the next. With Daisy, he knew that if he took the leap, it would mean a commitment of anywhere between five and 10 years of his life.

For Yotam, passion is the key. “Building a company is like a 5,000-piece jigsaw puzzle that you'll never finish, but as you start to build it out and see enough images in the puzzle to be able to understand what it’s about, then it's the right time to say okay, I'm going after it,” said Yotam. “There are a lot of things you don't know. But, I think it really all comes down to the two questions of whether this is an interesting market, and whether you are passionate about it or not.”

“When choosing an investor, the trust between the entrepreneur and investor is a priority,” advises Yotam. For him, an investor needs to trust the process and be aware that the entrepreneur does not have all of the answers upfront, as it’s a learning process for him or her as well. “A potential investor from NYC wanted to join the round and called my investor, asking a lot of questions. Our investor told him, ‘I don't know what they will do about it, but I trust them. They understand what they’re doing and they’re learning fast, so they will figure it out,’” said Yotam.

It’s an absolute certainty that problems will arise, and an investor has to have enough confidence and trust in the entrepreneur’s ability to find the solution. Yotam’s passion for the industry and the business he’s building, coupled with investors who believe in his ability to solve and grow from whatever comes at him, gave Yotam the confidence and conviction to start building again, this time with Daisy.