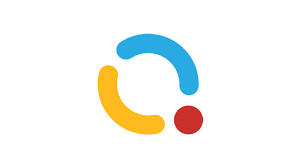 Ride or Die Side-Effect from Bootstrapping

1
From its inception , adjusti.co has never had offices.
2
The company was bootstrapped until they made their exit.
3
A hacker broke into their servers and mined crypto on their account, almost causing the company to close.
4

Founders Or Nuri and Alon Maltzov met at the  Zell Program in 2016.. Or holds a Bachelor's degree  in computer science from Reichman University and has experience as a fullstack developer when he served  in the Israel Defense Force (IDF). In addition, Or had previously worked as a R&D manager at Storytel, an audiobook company. Alon, on the other hand, has a Bachelor’s degree  in business management and served in the intelligence branch of the Israeli air force. After graduating and finishing his military service, he worked for several years as a product manager at  Mycheck, in a hospitality startup.  They started in different teams at the Zell Program, but about halfway through they separated from  their teams and coupled up. . Beyond their strong connection  on a personal level, they shared a drive to create a real business beyond the classroom setting and a thirst to make a long-lasting impact.

Their initial idea came from Eran Savir who was a managing director at Intango Ventures and a mentor at the Zell Program. They were inspired to automate the A/B testing process and optimize landing pages.This was in 2018 and many companies started  A/B testing  to understand how to improve  website landing pages and user experiences , however such testing wasn’t without its challenges.

Or and Alon attribute part of their success to the fact that they sold their concept to customers first and then developed it.  This approach allowed them to kill and pivot an idea before they became too invested in it. By the end, it helped them discover  a significant problem that was worth solving.

With that information at hand, Alon and Or went on to create a software that provides companies with a weekly report about their competitors' digital assets. It allowed their customers to understand valuable changes, for example in competitors' prices, enabling them to make strategic decisions about their own product. A change to a homepage, landing pages, and other product adjustments on a given competitor’s website, were just a few of the major updates the software offered. At this point adjusti.co already had customers, including big names like "Ironsource,""Monday,” and "Solomoto.” At first when their customers saw the product they were very enthusiastic and realized how much value adjusti.co was providing, but after three to four weeks of active usage , Alon and Or started seeing drastic drops because customers were not getting consistent value.. This was only confirmed further when they tried to raise money and received mostly uninterested responses.

Or understood that it’s a significant pain point for companies to be unable to stay easily up to date with competitor advances. However they needed to find where best to solve this problem, while also allowing them to build a profitable business. They consulted with people inside and outside the Zell Program to find  ways to get closer to the investment they needed. Only after talking to Kevin Baxpehler from Remagine VC, did they reach their eureka moment. “Kevin literally threw it away as a comment saying, ‘listen, see if your product can fit  Amazon,which is exploding. See what's going on there,”Or said. Once they checked they uncovered  a world of opportunities which changed everything for adjusti.co. The founders realized that their problems were actually much deeper and got a grasp on what  the real game changer needed to  be for their business to turn a profit.

“Advertising on Amazon is just a black-box, You are throwing money in there and hoping it's good,” Or said. They understood the little amount of information companies learn about their ad performances, which opened up an opportunity to bridge the knowledge gap and offer sellers analytical tools. Alon and Or quickly pivoted and by November 2018 adjusti.co was ready to bring the same value to the same problem, only this time to a specific marketplace - Amazon. .

The founders had a great relationship with Andy Ramirez, a senior director of digital marketing from Smartsheet,one of adjusti.co’s customers and owner of an Amazon store. Once they told him about their plan to bring their solutions to Amazon, Andy told them they were feeling similar pains at Smartsheet. “Smartsheet helped adjusti.co create a product that was more generalized, yet personalized enough for every client,” Or said

The founders also developed another strong relationshipKenshoo, a marketing platform with big clients, such as Lego. adjusti.co’s product would pull a huge amount of information into a database, and once a day they would pull out and tailor the data they would send Kenshoo based on what they had previously defined they wanted. "We saw the data they were able to produce after a month of working with us, and they were able to improve things in an extraordinary way, hundreds of percent of increase in ROI,” Or said. With a turn of a hat adjusti.co reached product-market fit.

The founders had a great relationship with Andy Ramirez, a senior director of digital marketing from Smartsheet,one of adjusti.co’s customers and owner of an Amazon store. Once they told him about their plan to bring their solutions to Amazon, Andy told them they were feeling similar pains at Smartsheet. “Smartsheet helped adjusti.co create a product that was more generalized, yet personalized enough for every client,” Or said

The founders also developed another strong relationshipKenshoo, a marketing platform with big clients, such as Lego. adjusti.co’s product would pull a huge amount of information into a database, and once a day they would pull out and tailor the data they would send Kenshoo based on what they had previously defined they wanted. "We saw the data they were able to produce after a month of working with us, and they were able to improve things in an extraordinary way, hundreds of percent of increase in ROI,” Or said. With a turn of a hat adjusti.co reached product-market fit.

Only the Brave Wear Bootstraps

The decision to be a bootstrap business wasn't something that the founders initially planned on. After not managing to raise the capital they needed through VC or angel investors, they decided to continue onwards anyway. It forced Alon and Or to make some tough decisions along their entrepreneurial journey.“We never paid for offices, but we always had a place to work from,” said Or as he explained how they minimized their expenses to remain lean. “We would go into accelerators, we would win contests, we would replace someone in a conference room when they did not need it, anything they offered for free we would take…anything,” Or said.

Both Or and Alon used their own computers and refused to take salaries for over a year. The bright side of being a bootstrap company is that Alon and Or became a lot more immune to rejections and this actually helped  the business to mature quickly. For them, being bootstrapped is what led them to take money from customers from day one, which turned out to be extremely valuable for their growth. Or explains that this was their biggest lesson of all,  “a customer takes you seriously if he understands that he is already investing money in the transaction,” Or said.

Whatever It Takes and Football

Or was of the mindset that he would do whatever it takes to create a successful company while financing it himself. This hustle approach is what often describes a lot of successful entrepreneurs and Alon and Or are no exceptions. .

From the moment Or was accepted to the Zell Program, he knew he would take on every job available that would not interfere with his dedication to his venture. “Providing private lessons in mathematics, graphic design as a freelancer, babysitting, and even clinic cleaning are all things I've done,” Or says. Or and Alon worked diligently every day from 10 a.m. to 8 p.m. Before and after these allotted work sessions, Or tutored and worked at a vehicle management company. . While Or knew he needed a work-life balance, he was also aware of the long road ahead and the varying sacrifices he would need to make. Throughout the many random jobs and growth of adjusti.co, Or sacrificed just about every extra hour except the times he blocked out for football games. For Or, it’s all for the love of his business and football.

Alone the Whole Way to Acquisition

Once adjusti.co got to some kind of a product-market fit, Alon and Or managed to bring a lot of value to other companies with a similar size. At this point, they brought on board Amir Konigsberg, an e-commerce expert, as the Chairman of the company. His main role besides being an advisor was to help them gain confidence from big names in the e-commerce marketing world. In February 2020 adjusti.co already had 10 thousand MRR (Monthly Recurring Revenue) and some big names as clients in the industry. They entered a new phase where they were ready to expand the team for the first time and to bring on various new employees. Later that summer, everything changed when Teikametrics, one of adjusti.co customers. sent them an email with an acquisition offer. “The first thing that comes to mind is why the hell? A lot of people have asked us, why would they buy us? For what reason? That's also what we asked them,” Or said. They got some interesting answers from the Teikametrics team, who were aligned with Alon and Or’s vision. As part of the deal, Alon and Or presented their expectations, where they want adjusti.co to be as a product and a clear vision for the future. Teikametrics got excited with their technological thinking and vision.. While Or explained that they enjoyed developing the product and giving value to customers, they knew that Teikametrics resources would allow them to take their product to the next level. It was a unique opportunity they did not want to pass up and which meant a successful end to their bootstrap journey as entrepreneurs.

Startup Jargon 101: Net Promoter Score
Alon Rabinovich, Co-Founder and CTO of Eleos, defines NPS and how he applies it to his business
B2B, Technology, Video

Startup Jargon 101: CAC
Hagar Valiano Rips, Co-Founder and CTO of Ladingo, defines CAC and how she applies it to her business
B2B, Finance, Logistics, Video