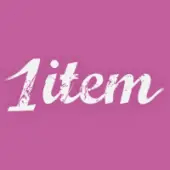 1Item - What Makes A Good Co-Founder

1
Acquired in December of 2015 (Source 7)
2
Company status upon acquisition: 100,000 Likes on Facebook, 250 square meter store in Dizengoff Center and one of the largest online websites in Israel at the time (Source 8)
3
4

How 1Item Began
The Roses and Thorns of a Blind Marriage
Sources:

Noa Segev is a software engineer and business analyst by trade. These are the very skills that made her a champion in the online retail space early in the market’s rise. Noa started out selling jewelry on an online marketplace called Etsy, and within six months became their most successful online retailer in Israel. She quickly understood that her competitors were very focused on selling products they were passionate about but less on products that were a fit for Etsy’s user base. Through Noa’s analysis of the Etsy marketplace, she approached the creation and sale of her products differently. She bought inexpensive raw materials and sold affordable jewelry to the bridal market, rapidly achieving sales with high profit margins. In less than one year, her Etsy side gig overshadowed her day job at a high tech company in Israel, as she took in more income from her jewelry business than she did from her monthly high tech salary.

Ultimately, Noa quit her programming job, thus continuing her entrepreneurial journey a good number of years after having completed the Zell Entrepreneurship Program. Noa had worked hard on her venture during the Zell year, but as with many Zell Ventures, somewhere during the year it became clear that the combination of team, idea, and timing was not right. The entrepreneurial spark, however, did not wane.

To expand her sales reach, Noa worked with 50 wholesalers who were located mostly in the U.S. and Europe, manufactured her jewelry in China, and also managed business-to-business (B2B) and business-to- consumer (B2C) websites that distributed her jewelry. Noa never sold much of her jewelry in the Israeli market, but on one rare occasion in 2012, she participated in a trade show in Israel. It was at this very event that she met her business partner, Rony Cohen, a producer of fashion events and an entrepreneur with experience in the Israeli market. At the trade show, Rony approached Noa about her website and online retail experience, a serendipitous moment that would come to define a major milestone in Noa’s career. By this time, Noa had refined her technological skills in online marketing, and Rony had become well-known for her fashion marketing skills within the Israeli market. They briefly discussed Noa’s programming knowledge and work online, and Rony mentioned that she had wanted to open an online retail store to sell more budget-conscious clothing for 100 NIS or less per item.

“I didn't believe in her concept at first because all of my jewelry was a bit expensive and was sold exclusively to an international market, not a lot in Israel. I didn't really know the Israeli market,” said Noa. Without much thoughtful consideration of the pros and cons, Noa offered Rony a partnership arrangement whereby Noa would build out all of the technology for Rony to be able to sell online, as long as Rony bought the inventory.

In short, Noa and Rony met for the first time on Friday, agreed to a 50/50 business partnership and built the website on Saturday, and launched the online store by Sunday morning. By that Sunday evening, all of their inventory was sold out. It was a blitz partnership and an overnight success story.

The Roses and Thorns of a Blind Marriage

A business partnership is often compared to a marriage – partnerships are welded together through contracts, money, routine, and dreams. And more often than not, there are disagreements and challenges. Running a business comes with its ups and downs, and how these moments are managed define whether the partnership will survive and thrive, or ultimately dissolve. Choosing a partner can be considered one of the most important decisions in any given person’s entrepreneurial journey, and many entrepreneurs spend a lot of energy looking for the right partner with the right chemistry. 1Item’s partnership was not created that way, but it did manage to build and grow over time, as if it was carefully premeditated from the start.

After a week of big highs and excitement from selling out of all of their inventory, the real work began. Through a combination of Rony’s knowledge of the Israeli customer type and of how to choose the right products, and Noa’s online experience with promoting and building the platform, 1Item’s site achieved high- volume traffic, but what was even more interesting was the site’s high retention rate. Their customer base was returning over and over again to purchase 1Item’s clothing. “When I saw that the customers were coming back, I understood there was huge potential for this business,” said Noa. “This was different from my previous jewelry business, as that was targeted at brides who were mostly one time customers, and so my marketing efforts were different.”

For Noa and Rony, it seemed that their partnership was written in the stars. With no capital investment, the couple experienced rapid and dramatic success. There was no going back now. Their shared curiosity to see how far they could grow 1Item outweighed their buried insecurity that they knew next to nothing about one another. It was a blind marriage, and Noa was all-in.

The growing success of 1Item did not mean that their partnership was not without its challenges. To start, Rony and Noa had polar opposite work philosophies. Whereas Rony’s work hours were flexible and fluid, Noa preferred a finite schedule at the office. Whereas Rony started her days on the later side of the morning, Noa was in the office by 8 am and sometimes would arrive earlier to squeeze in an extra hour or two of work. Whereas Noa was most effective at her desk, Rony would think up ideas for the business from the beach, or work from home late at night. They were a Yin and Yang partnership, not just in business, but in their lifestyles as well. This demanded acceptance of differences and mutual respect for diversity.

During their first few months as partners, Noa and Rony did everything together. They split all business responsibilities, and trust in one another became crucial to making it work. Noa handled 1Item’s day-to-day business, including employee management and all of the finance and technology tasks, while Rony was responsible for the fashion production, purchasing, and public relations.

It goes without saying that both Noa and Rony worked hard and gave equal value to 1Item’s success, but effort doesn’t always translate in the same way between people. This was a reality they both ultimately had to accept in order to continue growing.

Open communication was the key to Noa and Rony’s success. They didn’t always agree, but they listened to one another and welcomed feedback. “We had amazing communication. I think that we are so different in our aspirations and how to achieve them, but in terms of communication, it worked very well,” said Noa. “We were willing to compromise for one another. We had special arrangements between us regarding the issues that were problematic for us. Everything wasn’t perfect, but at least we talked and tried to make it better.”

A critical factor in Noa and Rony’s relationship is that it started in the business and remained in the business. While they were close friends and partners, they never merged their friend groups or personal lives. They shared details with one another about their lives, but their friendship rarely left the office. In many ways, this made working together easier, as their disagreements didn’t bleed into their personal lives and vice versa.

An additional aspect that contributed to their cohesive partnership was the fact that from day one, ownership of their company was split 50/50. Noa knew her strengths and responsibilities to the business, as did Rony. The fact that there was also no initial investment made things even easier. 1Item was born and went on to thrive without ever really needing any startup capital, a factor that Noa believes made the company split even easier to maintain during their partnership’s lifetime. The company began overnight, with Noa supporting the digital needs and Rony providing the inventory; all of their revenue went back into the business. “For the first three months, we didn't take anything [profits] home. We invested it back into the company, and this is what was special about it,” said Noa. “Using each month’s profits, we grew the business.”

Partnerships as spontaneous as that of Noa and Rony’s are few and far between. Noa admits that underneath the magic of the precipitous first encounter, the real reason their partnership outlasted the turbulence of growing a business together is due to their shared commitment to the business’s mission and their transparency and open communication with one another.

8: According to company description on Crunchbase. https://www.crunchbase.com/organization/1item